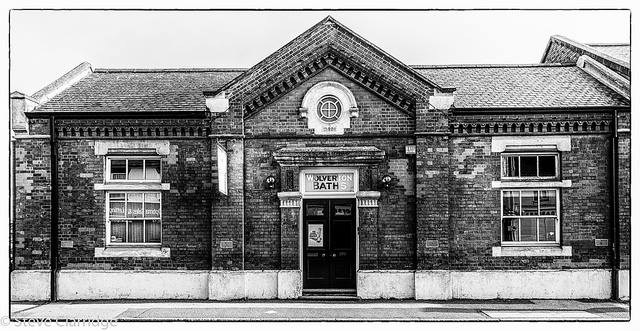 The Old Bath House was built by the London and North Western Railway Company as a public bath house for the railway Works and the town of Wolverton in 1890. It replaced the old Green Lane baths which had been found insufficient for the increased population. It was built on a piece of land between the Finishing shop and the Horse Box Repair Shop.

‘The new baths will, when finished, have a handsome frontage and will provide for sixteen baths at a time. Nothing is at present provided for swimming purposes, but the townspeople, while grateful for the accommodation about to be afforded, are hopeful that in the very near future some steps will be taken in the direct of erecting a bath for swimming purposes.’ (Bucks Standard – July 12th 1890)

The baths served both the railway workers and the people of the town as most of the houses were built without bathrooms and a tin bath in front of the fire was the norm. The tin bath would usually be stored on a hook in the wall in the back yard and brought out once a week.

‘When I was a child it was a treat to come to the baths and I couldn’t have one very often as it cost 6d (2½p) and my family couldn’t always afford it.’

‘The new baths here are undoubtedly an acknowledged boon and are recognised as such by their very frequent use. They are fitted up to the most modern style, with every requirement and the official in charge is most civil and obliging. No wonder, therefore that Wolvertonians appreciate them; and I am sure that if they were more widely advertised they would still be further approved by the inhabitants of the adjacent towns. I should however, like to see a good plunge and swimming baths added, the latter would certainly be in great request and would, I feel sure, sooon pay for the initial outlay.’ (Bucks Standard – May 1893) 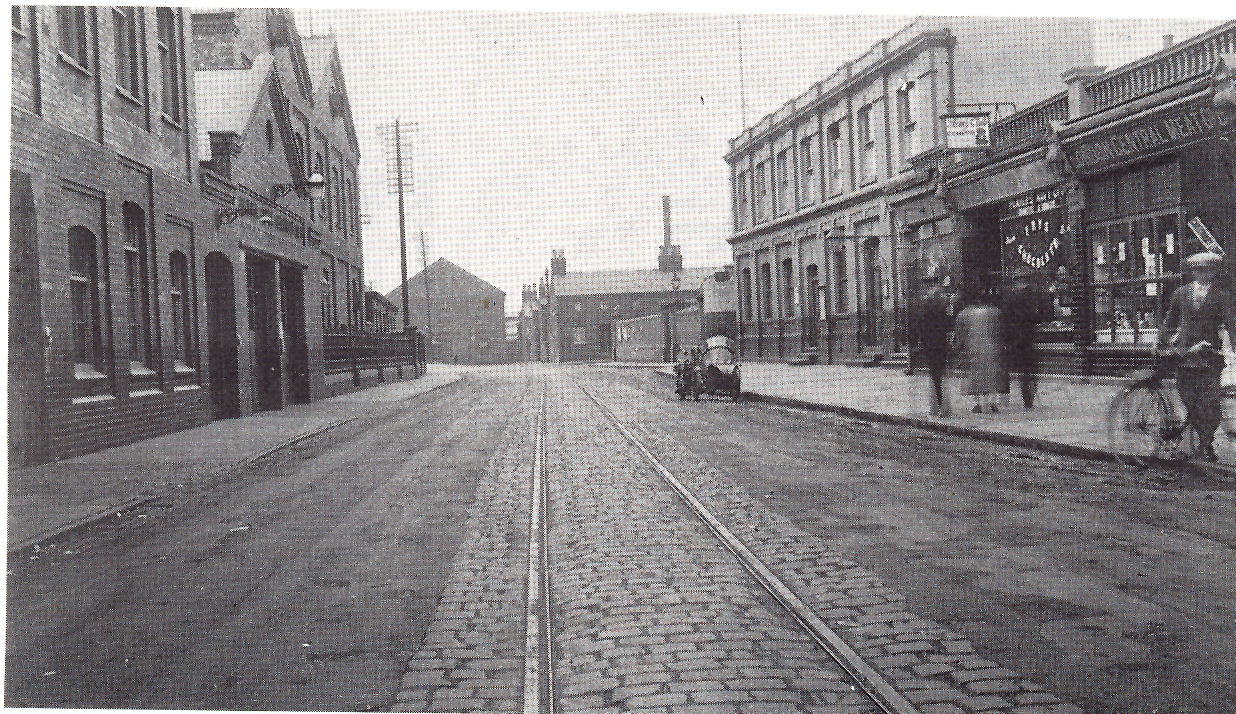 In 1992 Tesco gained planning permission to build a new ‘superstore’ in Wolverton. As part of the planning gain it was agreed that Tesco would build a community centre which would be along Stratford Road in front of the store and attached to the Old Bath House which was refurbished for Living Archive, a documentary arts organisation.

The building and land is owned by Tesco but there is a ninety-nine year lease at ‘peppercorn’ rent with Milton Keynes Council. The community centre is managed by a voluntary Management Committee formed from the original user groups and Wolverton Residents.

The community centre was fitted out with a grant obtained from the Foundation for Sports and Arts with monies raised from Littlewoods, Vernons and Zetters Football Pools.

It was opened by Rose Hill and Kevin Whateley on the 15th May 1993.

The centre continues to serve the community with an array of local groups using the facilities, and its rooms available for hire.

Article courtesy of The Living Archive.